Pros and Cons of Doing Your Own Large Format Printing 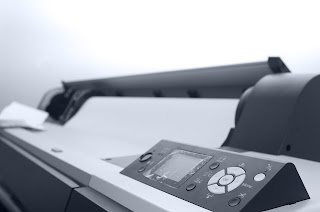 What is large format printing?


When you must decide between having large format printing done professionally or buying the necessary equipment to do it yourself, it can be difficult to choose which option is better as there are pros and cons to each choice.

There are a wide variety of professional printing companies out there that all specialize in something different in order to meet your needs. Due to this large number of companies, it’s important to conduct your own research to find out which company will best meet your needs for printing.
When choosing to have a professional do the work of large format printing for you, you can rest assured the job will be done properly as they are professionals in the field. In most cases, these companies use very high quality printing equipment that creates prints that are built to last – not just for a couple weeks. On the down side, you might need a print in a rush and the company may not be able to accommodate you as they work on many different projects, or a rush order might cost an exorbitant amount of money. Also, in general, professional large format printing can turn out to be quite costly depending on the print you need and the time it takes them to produce it.

Businesses are always looking for different ways to save money and cut their costs in order to maximize revenue, so purchasing the necessary printing equipment and materials to do your own large format printing could be a great alternative to professional printing. It’s important that when doing this yourself that you start out with a plan. You should have all necessary materials purchased before beginning the print process which includes everything from the printer itself to the specific type of material you would like to print on.

This can serve as a great piece of advertisement for your business that can help differentiate from competitors. Also, using your own time to create the large format printing can be cheaper than going to a professional if you plan on doing printing on a regular basis. On the other hand, large format printing can be tricky to get right, particularly if you or your staff don’t have much experience with printing equipment. There are a lot of different inks and dyes that are required in order to produce your desired material. This can pose a challenge if you don’t have just one of the necessary components and end up ruining the whole print.

There are many pros and cons that come along with getting large format printing done professionally or deciding to produce it on your own. You’ll want to weigh your options carefully to make the right decision, or in some case, both options could serve as a good fit.

Posted by mysmartphoneapps at 7:28 AM 3 comments: 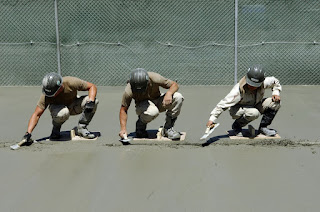 There are numerous ways to improve upon your concrete business. The best piece of advice I have for a concrete business owner is to increase and improve upon their online marketing efforts. Whether that is promotion, website design, or internet tools to assist you in reaching your target market and gaining their trust. Finding Your 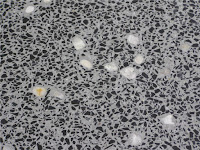 If your concrete business has few products to offer, consider adding some unique looking products to stand out from your competition. People like to have options when making a purchase decision, so expanding the products you sell will open up to a broader market and will make your company seem bigger than it appears.

A great way to increase time efficiency and effectively communicate with your clients is through a concrete cost estimator software. This type of software allows you to easily update your list of materials, create faster estimates, and allow customers to review and sign off on projects.

To find customers, many contractor businesses will work with other contractors in a similar field to refer each other clients. For example, if you worked with a remodeler, you could ask them to send over their clients that are asking for concrete services, and vice versa. Another great promotional idea is to take before and after pictures of your client’s homes to display on your social media networks, and ask them to give a testimonial. Doing this is a great way to increase brand awareness and gain the trust of prospective clients.
Posted by mysmartphoneapps at 11:39 AM 2 comments:

After considering using fake log siding I ended up going in a different direction with my most recent DIY project. A wall constructed using flemish bonds is simply a variation on the stretcher method.

Pairs of parallel stretchers going length ways alternate with one brick going horizontal across the course - this gives you a slightly thicker wall of 215mm.

The joints within alternate courses are staggered by closers. Walls using the flemish technique are know as “one brick walls”. This type of bond gives you a thicker and much stronger sort of brick wall.

This method requires some where in the region of 110 bricks per 0.8 sq m. The foundations for a one brick wall up to 1.2m should be 0.5m deep. The foundations should comprise 25 cm of concrete and 25 cm of hardcore. If the wall is any higher then you will need to seek professional advice as to depth and composition.
Posted by mysmartphoneapps at 8:37 AM 6 comments:

Why You Shouldn't Get a Chimp 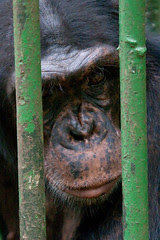 We switched over to a nature show about chimps during the football game’s commercial break.
“Awwwww.  They’re so cute.  We should get a chimp,” I said to Husband.

“Yeah.  Then he send us to the intensive care unit.  Did you hear about that poor guy?”

“What?  What guy?”  Husband can’t remember where he left his car keys, but he can remember some article he read 20 years ago about a guy who got mauled by a chimp.  To his credit, I guess the latter is a little more interesting than the former, though not nearly as useful.

“Yeah, some guy owned a chimp and then had to turn it over to a conservation park.  When he went to visit the chimp, it attacked him and sent him to the intensive care unit where he nearly died.”

Posted by mysmartphoneapps at 1:37 PM 3 comments: 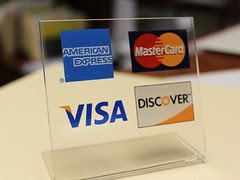 Someone in my office was talking about how she wishes she didn't have a credit card while she was in college because it has left her with this huge financial burden. Obviously, I can relate. In order to pay off the credit card debt from my first five years of college (don't ask) I took a year off to work. When I was done I was debt free. Still, while I was still spending I wrote this column for The Falcon Press at Solano Community College on October 23, 1987. It wasn't the best thing I ever wrote, but I received an honorable mention in a humor writing contest for it. I reprint it here by request:

They Got Me Hooked

They're always there and they don't care at all about you. They only worry about one thing: getting you hooked. Oh, they tell you how easy it is to start. Maybe something cheap at first, $100 or so, then they increase how much they give you slowly. The funny thing is that they're there to make you think that they are worried about how much you can afford. They even go as far as to check how much money you make, have saved, or owe. But they don't care. Once you're hooked, your'e hooked forever.

I see them all the time at the malls. I even know some of them, but they are slime. There is nothing lower on Earth than Credit Pushers. They're no worse than druggies, they don't care. They're trying to make a quick buck off of other people's weaknesses. I should know; my name is Chris McSwain, and I'm a creditaholic.
It started with getting a checking account. My bank gave me a checking account, yet there was no way that I could use any of my checks to buy anything because everywhere I went they insisted that I show them a "valid California's Driver's License and a major credit card." Well, what was I supposed to do? I went to the place that was supposed to be the easiest to get a card at: Mervyn's. They gave me a card and a $125 limit. Well, that was nice. I could now write checks, and buy my jeans and socks on credit.

Well, after getting my Mervyn's card I discovered that I now had a credit reference. It was okay, I didn't need any more, but it was nice to know. Then I got hit up by the pushers. They offered me gifts, told me how easy it was, how you could easily get as many Amazon e gift cards as you wanted. JCPenney's even offered me a candy bar. Gee, doesn't that sound suspicious. Never trust anyone who would offer candy to a poor defenseless college student. I didn't know how to avoid their advances. So I got a Penney's credit card: $750 limit.

I ran into a credit pusher at my local College, too. By that time it didn't make any difference that they wanted to give me a gift. I didn't want any gift; I wanted credit. I was hooked. So, they gave me a Montgomery Ward's card: $250. I bought a very nice car stereo. Still haven't paid it off, oh well.

Well, after that it was so easy. I got a Sears card. Penney's raised my limit to $1100, even though it was all charged up. Then I got hit hard. I applied for a Discover card. It took me by surprise. You see, the pusher was a friend, and she told me that it would really help her out if I applied. I was shocked; I couldn't even trust my friends. but I filled out the application. They gave me the card. The worst thing about Discover, is that not only can you eat at Denny's, gas your car, and buy toys with it, but they'll also give you cash advances. Well, doesn't that beat all. I could get a $200 loan any time I wanted.

I was hooked. I am hooked. A friend at Amazon invited me to apply for a card there, it didn't make a difference to me. I was sure they wouldn't give it to me, I was back due on all my bills. Well, they did. They didn't care whether I could afford it or not. They saw I was hooked – they wanted my money, too.
There is no Betty Ford Center for creditaholics. I'm on my own. But I'll fight against the scourge that has brought me to my knees. Death to credit pushers. Long live cash!

Posted by mysmartphoneapps at 11:04 AM 3 comments:

RFID Technology Is Going Strong In The Market

This was a great old news piece on RFID that used to live on the seemingly defunct Supply Chainer Blog, please enjoy!

RFID which stands for Radio Frequency Identification and has become popular within the technology world. There is currently a strong market for RFID. RFID TagSource is a leading provider in this market that has developed new RFID tags to help businesses and companies be more effective. This is explored in the latest ABI research study that provides data about the RFID market. It is expected to grow over 16 percent over the next 5 years, where the figures will increase to $5.3 billion per year.

This is a huge prediction which has made people take RFID technology more seriously in the next few years. Individuals keen on learning more about the RFID market can read more here.

Posted by mysmartphoneapps at 7:42 AM 5 comments: